I am back! Yet again. I know i've said this in my last blog post dated a million dinosaurs back but yes i'm trying to get back on blogging. Maybe not the same things i've done before but maybe on things that interests me now. I moved to a new country, met new people, discovered a lot of new things about myself and others and basically started fresh on my own...
So.. That's about it we will see how it goes :) if anyone is reading this, give me something to write about :)
Posted by Addie at 9:18 AM 1 comment: 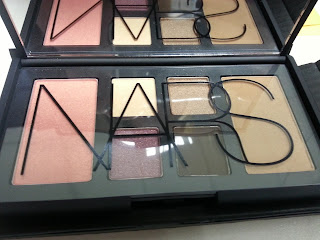 I KNOW I'VE BEEN GONE FOR MONTHS NOW. I Haven't posted anything new to this blog, honestly I was just lazy. Didn't get to post all the nice things I bought for the past couple of months I may do a summary on that soon. Atleast those that I can remember....

So anyway... I got this beautiful palette today at the NARS counter in greenbelt. I've been trying to get this off my mind cause It was so expensive for something so small but I realized that it'll be nice to have something for travel and this palette has everything I need.


Excellent selection of colors and I think that this is definitely a good value for money since the blush and bronzer is 4g each and the eyeshadows are 1g each. Almost the same weight of a full size product.

This palette is perfect for: Travelers and those who have not yet tried any NARS products. 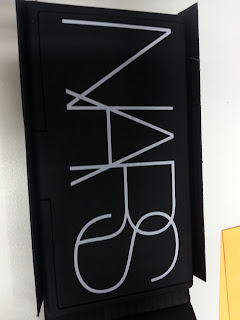 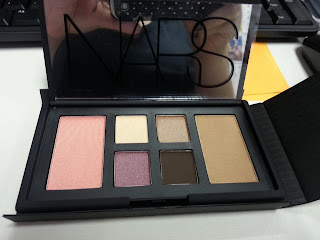 Too much dust. *cough cough*

Well hello dear make up blog. I haven't posted anything here since... MAY. WTF right. Since then I've acquired a lot of stuff, from make up to clothes to books and all that great stuff that I should be posting here. Some of them ran out before I could even review them for this blog, and some I hope to atleast take a photograph of when it was new just so I can post my thoughts on it. Anyway I hope to get back to posting things daily before things get hectic again.

Just a little update on my life: I've finally finished college last October 13, 2012, even before that I started working for Louis Vuitton Philippines and have interned for SoFA for a while until some crazy things happened. Well anyway right now I haven't really been doing much just thinking about my next step. 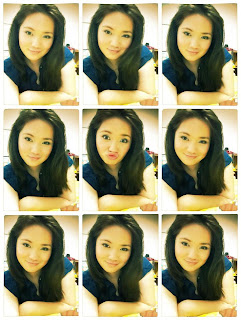 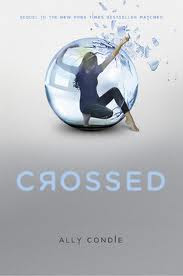 Crossed is the next book to Matched, written by Ally Condie. I loved the first book so much that I already googled on the second and third book. Unfortunately, the third book is scheduled to be released October or November of this year. But anyways, I finished reading crossed a few weeks ago and I can say that it is a good book, not as great as the first, although this one has a faster story pace and for people who loves a series of adventurous sequences then I guess that part can be great. So basically the story is when Ky was sent to the outer provinces to basically be decoy villagers for rebel attacks, to make it seem that there are citizens who still dwell there. Cassia, determined to find Ky, pretended to be an aberration so she to can go to the place where Ky was stationed. Along the way they meet people who also wanted to live and escape, or better yet, find the rebels and join them in fighting the society. I won't say a lot about the story as to not spoil the events that's basically it. At the end of the book two, they find the society and they were given different tasks and were deployed to places where they can maximize their skills in support of the cause of the rebels. I can't wait for book three I want to see if they eventually get back together and how Xander fits into the picture and who will Cassia choose in the end. I also wanted to see if they can find freedom in the end. Good book :)
4.5 STARS :) 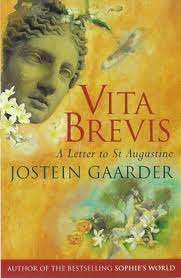 The next book is Vita Brevis by Jostein Gaarder. Vita Brevis is a story of how the author found an old manuscript of a letter for St. Augustine the author of Confessions and as we all know, a christian philosopher. This letter was written by Floria Aemelia, who was sort of her spouse before he turned away from practically love and all sensual needs of the body in an attempt to "save" his soul. Floria, outraged by what she read in Augustine's confessions about how it was wrong to give in to sensual needs or to intimate relationships and how Augustine hardly acknowledge her and her son, how Augustine seemed to have regretted all happy memories and considered them to be sinful, and a lot more. It was how Floria pointed out the errors of Augustine's reasons and intepretations of the scriptures and thought this needs to be re-thought of. It was a very easy read, it kind of got a little boring in the middle because it was all a backstory from a letter, because personally I would've preferred to have another story that can support the manuscript, like Gaarder's best selling book and my personal favorite, Sophie's World. This is a smart read though, it makes you think but it's not too deep for readers to contemplate and research on things too much. like it, but not loving it.
3 STARS.
XO. 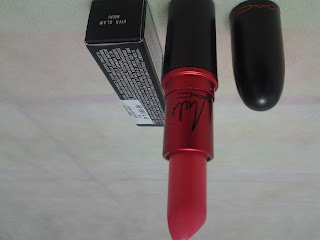 Anyway, this is the newest lipstick in the Viva Glam Line , The Nicki Minaj satin lipstick. It is limited edition, although they say that these special viva glam ones sell for an entire year, Anna told me that once they run out, you can't get one anymore. They won't restock this when it gets sold out at every MAC branch. 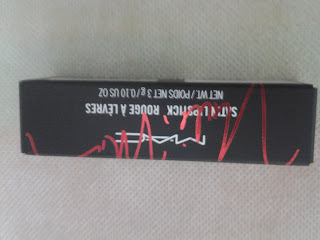 The wait is over! Viva Glam Nicki is in the Philippines! I waited for a month just to have this. I arrived earlier at the Mall of Asia and with so much luck, the MAC girl there named Anna, told me that it just arrived this morning. I was so happy to own this.. Like you have no idea. 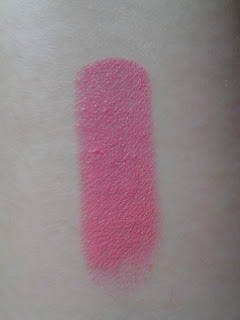 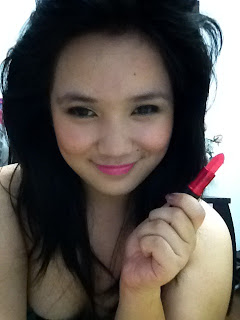 This is a bright pink lipstick with yellow undertones. I think this would look great in almost all skintones. It has a Satin finish, it can be a little drying but with a little lipbalm, we'll be alright. I did find that I have to layer this on, about 3 layers to get the desired effect because when I first applied this it didn't apply as evenly as I hope but I don't know maybe my lips had the problem not this. lol. I have nothing else to say.. Can't wait to wear this every single day till I get tired or I wear it out..thinking if I should get a back up :>
p.s
Did not get the ricky martin one. Didn't find it too interesting. It's basically their tinted lip conditioner with his signature.
Rating: 5/5
xo.
Posted by Addie at 3:53 AM No comments: 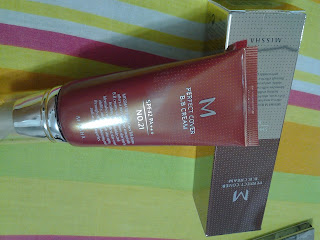 Another loved goodie from Korea! So sad that this is not readily available here :( Anyway, this is the Missha Perfect Cover BB cream reported to be the number 1 BB cream in Korea and have received thousands of rave reviews from around the world. I got the biggest bottle of this to try out in number 21 which is the lightest shade, I believe that this comes in 4 or 5 other shades. It has a high spf content of 42 and it has just the right amount of liquid-y consistency for a medium-full coverage face product.I'm sure you all know what BB creams are what they do to the skin all that good stuff so I won't be discussing that here because the effects are the same only this one compared to other bb creams i've tried are easier to blend to my skintone and covers some spots and redness in my skin, and it lasts all day. I don't look oily and I didn't have to set this with powder. It doesn't cake even if you pack it on (as i've tried the first day I got this). No cons so far, I didn't break out and this made my skin soft. Perfect product I just wish I got some backup :( 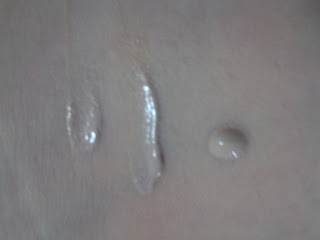 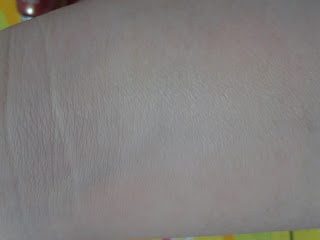 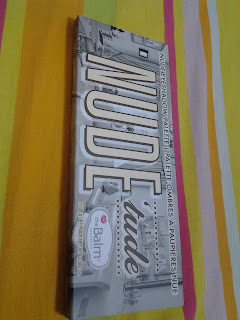 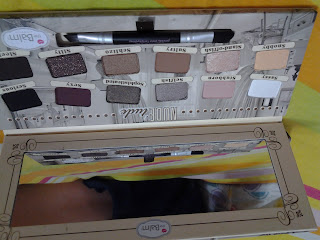 I love Korea for giving me this palette :) Well no they didn't give this to me but I got this there. Lol. Anyway, I don't think I have to review or introduce this much to people because this is a much raved about product on youtube and other blogs. It is kinda like The Balm's version of the Naked palette although this one is really different from that. So there are two versions: The Nice palette ( the one I have) has no naked girls inside while the naughty palette has girls naked but their private parts are covered with the small shadow rectangles which I think is a very adorable concept and I really wish that I've gotten that instead. But oh well, I'm there for the product. It may look pretty expensive when you look at the price but you get 12 beautiful eyeshadows in there a mirror and a brush inside so for me, it is well worth it. 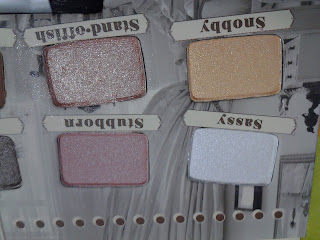 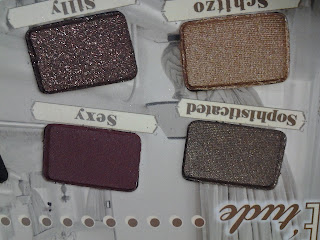 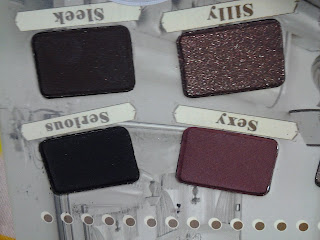 so here is my interpretation of the colors:
Sassy -white shadows with tons of shimmer
Stubborn - baby pink with shimmer
Selfish-nice shimmery taupe color
Sophisticated - darker taupe color almost leaning to a dark grey with shimmers
Sexy- a matte burgundy color
Serious-matte black color
Snobby-light yellow shimmery color
Stand-offish- shimmery rose gold color
Sultry- matte medium-brown
Schitzo- shimmering grayish-brown color
Silly- dark dark brown with red shimmers
Sleek - extra dark brown matte color
You have to be careful with some of these shadows though because there might be some fall out with the glitter but aside from that, there are no other cons
overall, this is a great palette to have for travelling, it has a great combination of shades I don't think I would ran out of a unique look when using this one they deserve the rave they get. The Balm is one of my favorite brand of make up aside from Mac and sometimes I do find better products there which was bizarre to me at first because it's cheaper but i love it cause I know that they put in so much thought in their products. Well done.
Rating: 5/5
xo.
Posted by Addie at 3:23 AM No comments:

Not a cry-my-eyes-out online diary. It's a blog where I can store good memories and share great make up, books and tips ;)